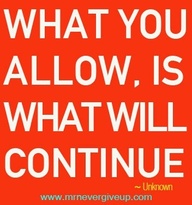 What is a Stronghold:

internal fortresses of influence from which demonic spirits agitate, oppress and afflict the soul. These spirits arouse and incline your mind, will, and emotions toward attitudes and actions that are contrary to the will of God.

1 Corinthians 10: 3For though we walk in the flesh, we do not war after the flesh: 4(For the weapons of our warfare are not carnal, but mighty through God to the pulling down of strong holds;) 5Casting down imaginations, and every high thing that exalteth itself against the knowledge of God, and bringing into captivity every thought to the obedience of Christ; 6And having in a readiness to revenge all disobedience, when your obedience is fulfilled.

In the Newer Testament, people who are afflicted by evil spirits are often said to be “demon-possessed.” The Greek word translated in these instances, daimonizomenoi, is more literally rendered “demonized,” that is, afflicted or influenced in some degree by demons. The emphasis is more on degrees of influence or control than on total possession. The manifestation and intensity of demonization varies: the young man thrown into convulsions by the spirit tormenting him (see Luke 9:38-43); the demonized man who cried out in the synagogue where Jesus was teaching, “What do you want with us, Jesus of Nazareth? Have you come to destroy us?” (see Luke 4:33-36); the slave girl who had a spirit by which she predicted the future (see Acts 16:16); the deranged man from the region of the Gerasenes who was inhabited by a legion of evil spirits but was still able to run to Jesus (see Mark 5:1-20). “Influence” or “control” is a more accurate description for these cases than “possession”.

Remember, as followers of Christ we’ve been sealed with the Holy Spirit, ”a deposit guaranteeing our inheritance until the redemption of those who are God’s possession” (Ephesians 1:14). Yet to the extent in which we have fellowship with demons (Greek koinonia in 1 Corinthians 10:20) we open ourselves to demonic influence and affliction in our soul. Eventually this influence will lead to ever deeper oppression and desire to sin.

The battlefield between the Spirit of God and the demonic spirits is being fought in the area of your soul, that is, your mind, will, and emotions. It is here that you face your daily decisions of Spirit-controlled living or sin-influenced living: “Those who live according to the sinful nature have their minds set on what that nature desires; but those who live in accordance with the Spirit have their minds set on what the Spirit desires. The mind of sinful man is death, but the mind controlled by the Spirit is life and peace; the sinful mind is hostile to God. It does not submit to God’s law, nor can it do so” (Romans 8:5-7, emphasis added).

We as born again Christians, we are susceptible to attacks from demonic. So, are we suppose to stay in our home and never go into the world? No, the Word clearly tells us what we are to do.

• “Put on the full armor of God so that you can take your stand against the devil’s schemes”
Ephesians 6:11
• “For our struggle is not against flesh and blood, but against the rulers, against the authorities,
against the powers of this dark world and against the spiritual forces of evil in the heavenly
realms” Ephesians 6:12
• “Be self-controlled and alert. Your enemy the devil prowls around like a roaring lion looking for
someone to devour” 1 Peter 5:8
• “He [Satan] was given power to make war against the saints and to conquer them” Revelation
13:7
• “The Spirit clearly says that in later times some will abandon the faith and follow deceiving spirits
and things taught by demons” 1 Timothy 4:1

• “Those who oppose him [the Lord’s servant] he must gently instruct, in the hope that God will grant
them repentance leading them to a knowledge of the truth, and that they will come to their senses
and escape from the trap of the devil, who has taken them captive to do his will” 2 Timothy
2:25-26
• “But I am afraid that just as Eve was deceived by the serpent’s cunning, your minds may somehow
be led astray from your sincere and pure devotion to Christ” 2 Corinthians 11:3

We can clearly see by these verses that Christians today are indeed engaged in the same manner of spiritual warfare that Jesus and His disciples confronted. Both the Older and Newer Testaments are replete with references to evil and unclean spirits.

When you choose to give in to temptation rather than resist, you open up a foothold for demonic influence. We’re warned, “He who keeps on sinning is of the devil, because the devil has been sinning from the beginning. The reason the Son of God appeared was to destroy the devil’s work” 1 John 3:8

The spiritual world is hidden from our vision, but nonetheless is very real.

The overwhelming evidence in the Bible shows that our Father desires all His children to grow in character and power to conform to the image of Jesus Christ. Because of their potential to grow and to extend the KINGDOM of God, those who abide in Christ are under greater demonic scrutiny than unbelievers.

Key to the operation and destruction of strongholds is:

2 Corinthians 10:3-6:
“3For though we walk in the flesh, we do not war after the flesh: 4(For the weapons of our warfare are not carnal, but mighty through God to the pulling down of strong holds;) 5Casting down imaginations, and every high thing that exalteth itself against the knowledge of God, and bringing into captivity every thought to the obedience of Christ; 6And having in a readiness to revenge all disobedience, when your obedience is fulfilled.”

Next post explains a few strongholds that are prominent in the world around us. Stay tuned.

Firstly, I am a woman Son of God (Rom 8:14) Wife to a Firefighter Mother of three Daughter Sister Friend I am a country girl at heart. My roots are deep. Gardening is my favorite past-time. Photography is in my blood. I am genuine and best of all...I am me. View more posts