Paul said in Colossians 2:16-17 that the Jewish feasts and celebrations were a shadow of the things to come through Jesus Christ. And though as Christians we may not commemorate these holidays in the traditional biblical sense, as we discover the significance of each, we will certainly gain a greater knowledge of God’s Word, an improved understanding of the Bible, and a deeper relationship with the Lord.

The Jewish High Holy Days are observed during the 10 day period between the first day (Rosh Hashanah) and the 10th day (Yom Kippur) of Tishri, the seventh month of the Jewish calendar.

Rosh Hashanah and Yom Kippur are the most important of all Jewish Holidays and the only holidays that are purely biblical, as they are not related to any historical or natural event.

Rosh Hashanah, the Jewish New Year, is celebrated the first and second days of Tishri. It is a time of family gatherings, special meals and sweet tasting foods.

Yom Kippur, the Day of Atonement, is the most solemn day of the Jewish year and is observed on the tenth day of Tishri. It is a day of fasting, reflection and prayers.

Yom Kippur, the Day of Atonement, is the most sacred of the Jewish holidays, the “Sabbath of Sabbaths.”

By Yom Kippur the 40 days of repentance, that begin with the first of Elul, have passed. On Rosh Hashanah God has judged most of mankind and has recorded his judgement in the Book of Life. But he has given a 10 day reprieve.

On Yom Kippur the Book of Life is closed and sealed. Those that have repented for their sins are granted a good and happy New Year.

Yom Kippur is a day of “NOT” doing. There is no blowing of the Shofar and Jews may not eat or drink, as fasting is the rule. It is believed that to fast on Yom Kippur is to emulate the angels in heaven, who do not eat, drink, or wash.

The Five Prohibitions of Yom Kippur

While Yom Kippur is devoted to fasting, the day before is devoted to eating. According to the The Talmud the person “who eats on the ninth of Tishri (and fasts on the tenth) , it is as if he had fasted both the ninth and tenth.” Prayer is also down played so that Jews can concentrate on eating and preparing for the fast.

On the eve of Yom Kippur the community joins at the synagogue. Men put on prayer shawls (not usually worn in the evenings). Then as the night falls the cantor begins the “Kol Nidre“, it is repeated 3 times, each time in a louder voice. The Kol Nidre emphasizes the importance in keeping vows, as violating an oath is one of the worst sins.

As Yom Kippur ends, at the last hour a service called “Ne’ila” (Neilah) offers a final opportunity for repentance. It is the only service of the year during which the doors to the Ark (where the Torah scrolls are stored) remain open from the beginning to end of the service, signifying that the gates of Heaven are open at this time.

The service closes with the verse, said 7 times, “The Lord is our God.” The Shofar is sounded once and the congregation proclaim – “Next year in Jerusalem.”

Yom Kippur is over. 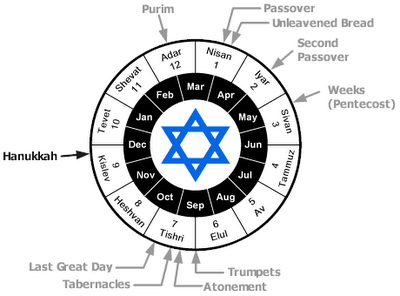 4 thoughts on “Jesus wasn’t a Baptist Catholic, etc.. He was a Jewish Man. Shabbat Shalom!”

Firstly, I am a woman Son of God (Rom 8:14) Wife to a Firefighter Mother of three Daughter Sister Friend I am a country girl at heart. My roots are deep. Gardening is my favorite past-time. Photography is in my blood. I am genuine and best of all...I am me.